Step back in time for an 11th century feast and tournament at Medieval Times, an electrifying, family-friendly dinner show in downtown Myrtle Beach, South Carolina. Enjoy a 4-course feast as you cheer for your favorite knight as he does battle. The show is an exciting 2 hour-long tournament with jousting, sword fighting, intense hand-to-hand battles, awe-inspiring horsemanship and falconry.

The 11th Century comes to life every night as you watch knights on stallions compete in an epic battle of good and evil.

Long live the King! King Don Carlos will stop at nothing to keep his family and kingdom safe.

In all the realm, there are none fairer than the Princess Catalina.

The Herald of the North, Lord Ulrick has come to deliver a gift to the King. Will he unite the 2 kingdoms or bring them to the brink of war?

The Lord Chancellor introduces the Tournament of Knights to the delight of the cheering crowds.

A highlight of the event is when the Royal Falconer releases the royal falcon to soar above the crowd.

The Blue Knight is a Knight of the Realm and a champion of the defenseless.

The Count of Perelada's personal champion, The Red and Yellow Knight is an indomitable swordsman.

A knight of Castilla, The Red Knight strikes fear in the heart of his opponents.

The Black and White Knight is a defender of the ancient shrine at Santiago de Compostela.

A legend of the Realm and a defender or Navarre, The Yellow Knight is a fierce adversary.

Known as the Warrior of Asturius, The Green Knight is an invincible jouster and fierce competitor. 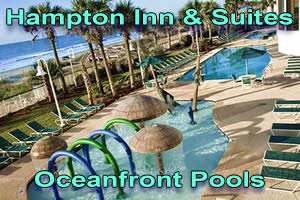 While you're visiting Myrtle Beach and the Grand Strand of South Carolina, be sure you allow time to visit the castle at Medieval Times for an exciting night of adventure!

You can also enjoy more great Myrtle Beach shows including the Carolina Opry and One the Show at the Alabama Theatre.

Check out these spacious condo rentals and oceanfront hotels for family-friendly accommodations on the beach near Medieval Times.